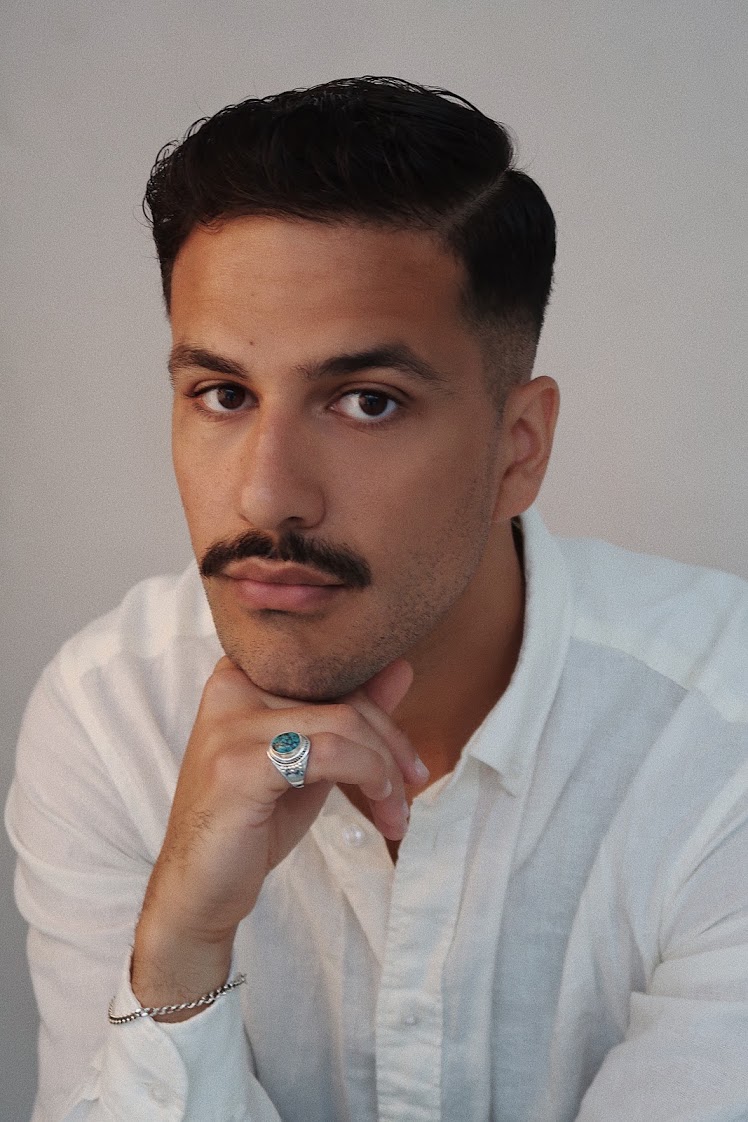 Mustafa Al-Mashhadani (b. 1992) Screenwriter, Director & Actor.
Al-Mashhadani was born in Bagdad, Iraq, but grew up in Malmö where he’s currently attending Malmö Theatre Academy.
He worked closely with director Alexander Abdallah on the short film “Jag skiner inte utan er mina bröder” (“Can’t shine without you my brothers”) and today Al-Mashhadani and Abdallah has teamed up as co-writers and directors to collaborate on the short film “Vi var barn då”.

In his work, Al-Mashhadani gets deep into topics concerning inclusion. He strives to make a change when it comes to the, often de-humanizing, portrayals of non-whites in film, and to challenge the narratives they get put into.